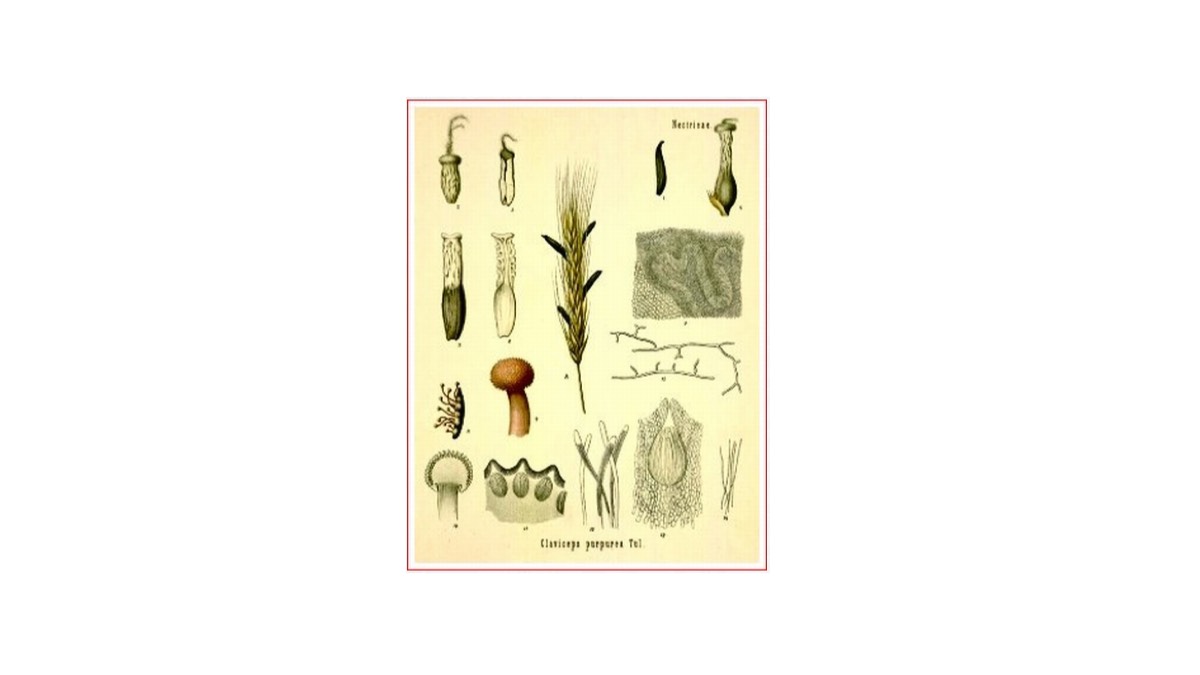 The fascinating history of triptans

Did you know that the triptans are the grand-children of a fungus?

That’s right. The story of the triptans starts with a fungus that grows on the rye plant. This fungus, claviceps purpurea, attaches to the rye and forms a shape that resembles the paw of a hen, called an ergot in French. Have you heard the term «rye ergots» before? That’s where it comes from.

What’s the story of the rye ergot?

In medieval times, people were eating quite a bit of rye. If the rye was rotten, there was ergot on it.  If you eat the fungus, two things can happen: you can start having hallucinations, and you may develop gangrene in your feet!

Why is the ergot causing hallucinations and gangrene?

The gangrene was caused by the stimulation of serotonin receptors on blood vessels. The constriction was so severe that the flesh would become necrotic. People affected had terrible pains and could not stand on their feet. Some people would describe this as the «Saint Anthony’s fire». Interestingly, people who were affected sometimes left for a pilgrimage. This was very effective, as it usually took them away from the rotten bread!

The rye ergot was known to be a very powerful substance. Once physicians observed that the rye ergot, or claviceps, could constrict blood vessels, they thought about using it to stop bleeds. In the 18th century, a paste of rye ergot was used to stop uterine bleedings after childbirth. That was very innovative!

How did the rye ergot inspire the design of triptans?

Now that physicians understood that the rye ergot could constrict blood vessels, it was making a lot of sense to treat migraine. Migraine was thought to be caused by the dilation of blood vessels. Making them constrict to relieve the pain was sensible. Ergotamine was discovered in 1918 and is used up to this day in certain countries. Ergotamine was strong and effective for migraine, but was linked to high blood pressure and risks of heart problems and stroke. Severe cases of ergotism could still lead to gangrene. Researchers decided to find a way to stimulate serotonin in a milder, or more specific way, to avoid these risks.

When was the first triptan used?

The search for a drug that could mimic the benefits of ergotamine without its side effects started in the 1970s. Sumatriptan was discovered by Glaxo and marketed in the USA in 1993 It was a revolution for people ith migraine. Nothing before had been SO effective to treat migraine attacks. At the end of the 1980s, migraine was still seen as a neurosis. There were many psychoanalytical theories. Attacks were seen as the expression of a psychiatric release. Sumatriptan challenged this vision, as the relief was very quick and suggested a biological, neurological cause more than a psychiatric one. After that, six other triptans were created and marketed.

Can triptan cause gangrene or other vascular problems?

How do triptans work to relieve the migraine pain?

We do not know exactly yet. Remember that the use or ergotamine was based on an observation (ergotamine constricts blood vessels) and a theory of migraine (migraine is caused by dilated blood vessels).

Our understanding of migraine has changed now. We know that the pain of migraine probably comes from the cranial blood vessels. We also know that triptans act on serotonin receptors inside the brain, and may influence their neurologic role, not the role on the blood vessels. Last but not least…new treatments acting on serotonin but with NO action on blood vessels are effective to treat the migraine attack. The first medication of this new class, called lasmiditan, should be available in Canada soon.

Even if we have focused on the role of serotonin on the brain and the blood vessels, in the human body 90% of the serotonin is stored in the gut. In the digestive tube, serotonin plays an important role in motility.