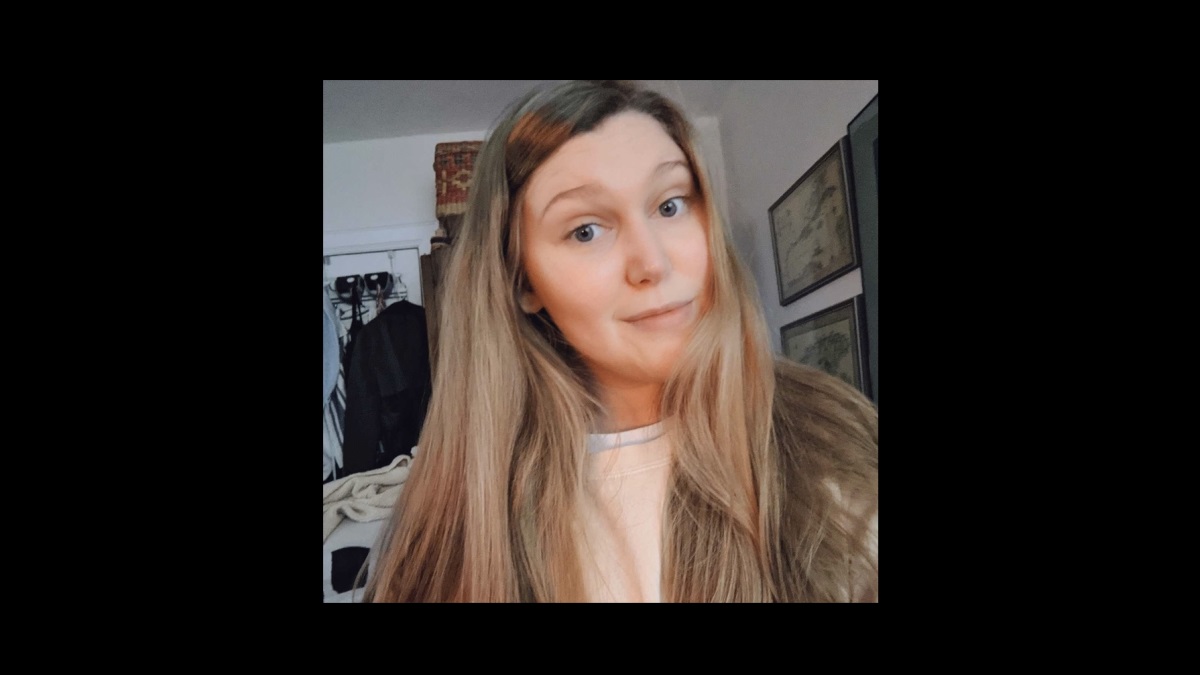 The Pain No One Sees – Genia Kuypers shares her story

Genia Kuypers is a 28-year-old writer and chronic illness advocate. She studied at the University of Toronto, and later completed a post-graduate degree in broadcast journalism at Humber College. She can be found on Instagram at @geniakuypers. Below is a piece written by Genia about her journey with vestibular migraine.

I don’t think I have a specific memory of my first headache or migraine. I somehow always remember having them be a part of my life. When I was in elementary school they weren’t as bad. They were less frequent and not always as strong in severity. I could sleep them off and stay in a dark room until the pain was over.

The older I got the more that changed. The harder they were to deal with, the more frequent and the stronger the attacks became. And I had no idea what to do. My parents didn’t have migraine, so they didn’t know what to do. And medicine wasn’t what it is now.

I remember one of the first times I was unable to stand up to walk to the bathroom from my bed during a particularly painful migraine attack. I stood up and instantly felt this shooting pain in one side of my head. The pain only intensified as I walked. The pressure change my head felt from just standing up was excruciating. That was the first time I crawled around my house because of my migraine pain. I crawled to the bathroom and back. Sometimes not even standing up to climb back into bed. The pain was so bad I would sleep on the floor.

This carried on into high school. I started taking ibuprofen frequently just to get through a migraine attack. School was difficult. The fluorescent lights weren’t kind to my eyes.

I was never sent to a neurologist or given an MRI or CT scan. I was 23 before I was ever referred to a neurologist. He quickly decided that, because I was a cis woman, the treatments he prescribed to all of his female patients would automatically work for me as well. The medication gave me restless legs and stopped me from sleeping for three days, but to him that was okay. To him those side effects were manageable. Because I refused to stay on the medication, he dropped me as a patient. I was told I was “difficult”.

The next neurologist I saw referred me to a migraine clinic after realizing I’d already tried all the typical meds, blood pressure meds, seizure meds, anything that had even the slightest possibility of reducing the frequency of migraines. Supplements, chiropractic adjustments, ice, rest, dietary changes. None of them worked. I was too complicated for him with my medication, allergies and general caution with medication. I was prone to side effects and allergies. My body has always been very reactive.

By the time I was 24, I was diagnosed with Endometriosis and prescribed a low dose birth control as a treatment. I spent 8 days vomiting and enduring the worst migraine I’d ever had. I took Gravol multiple times a day that week but spent most of the time vomiting into a garbage bin at work anyways.

I was allergic to synthetic estrogen. Like many people with migraine or migraine with aura, estrogen can cause an increase in migraines and other complications.

The severity of my Endometriosis led my gynecologist to prescribe me a progesterone medication to stop ovulation. The theory that my migraine was hormonally tied didn’t seem to matter. My migraine attacks were put on the back burner once again. That is, until they became daily.

My worry was that the progesterone med was causing the daily migraines. It was a known side effect of hormonal medication, and because of my history of side effects it seemed like a possibility. But the progesterone was for endometriosis, so I was instructed to stay on it for as long as possible.

I spent a year and a half on that medication. The last 6 months were the worst. I could barely sit up for long periods of time before my neck and head pain would increase. Then the heat came. It felt like someone had pushed hot air into my skull and it was going to explode.

With the heat and neck pain came the nausea. By now I was on medication for nausea, as well as the progesterone medication.

My migraines became daily and never stopped. The headaches never went away. I don’t even remember what it is like to wake up and not have pain in my head or neck.

I took a break from dealing with my headaches and migraines because other aspects of my health began to decline. A part of me was resigned to the idea that this pain may never go away.

A few months ago, while I was scrolling through TikTok, I came across a neurological chiropractor. Someone that took a more comprehensive view of migraines and headaches. A doctor that agreed everything was a bandaid and the root cause was being missed. That the standard of care, while not harmful, was not effective enough.

I fell through the cracks.

I found a neurological chiropractor close to me and for the first time my migraines had part of an explanation. The nausea and dizziness and neck pain were because my migraines had become vestibular migraines, not just chronic migraines. The testing that I went through was what I have been looking for my whole life. Instead of passing me off as being someone prone to migraines, this doctor wanted to find a cause.

I’d like to say that my migraine journey is over, but it’s not. The pain is not gone and I’m still missing pieces of the puzzle, but I have one more piece than I did before. And hopefully one day I’ll have rest.

Sharing your voice can help you and others in the migraine community find support and a path to improvement.